I had been anticipating Master and Apprentice ever since Lucasfilm announced a Qui-Gon Jinn and Obi-Wan Kenobi book written by Claudia Gray, my favourite Star Wars canon book author, so it was no surprise that this easily became one of my top 5 canon Star Wars books. I was keen to gain insight on Qui-Gon and Obi-Wan’s relationship and dynamics during the period before The Phantom Menace, as it was clear that they have different ideas of the Jedi Order, and their roles within the Republic.

Master and Apprentice revolves around and explores Qui-Gon and Obi-Wan’s dynamics as master and apprentice, and how their relationship is tested during the events of their mission on Pijal. What I loved the most about this book was the conflict and different stances regarding a Jedi’s role between Qui-Gon and Obi-Wan, and this was highlighted many times during their mission on Pijal. One such example is that Qui-Gon’s trust in the force and fascination with prophecies in guiding their actions to prevent a future disaster clashes with Obi-Wan’s regard of the rules and doing everything by the book; consulting the Jedi Council when Qui-Gon strayed from their original mission to liberate the slaves on the Pijali moon.

One of the new characters introduced in this book, Rael Averross, was a Jedi who doesn’t take a strict approach to the Jedi Code, much like Qui-Gon himself. Despite this similarity, they couldn’t be more different from one another. I liked how we get to see a different type of Jedi; most of what we see in canon material are either devoted Jedi whose unwavering loyalty is to the Republic and the Jedi Council, or one who dipped into the Dark Side and/or fell completely. As a Jedi, we see how Rael defines his relationship to the Jedi Code and the Jedi Council. He takes his role as Lord Regent of Pijal seriously to protect Princess Fanry; the next in line to become Queen of Pijal. This is mainly because he is still mourning the loss of his padawan Nim Pianna, who he lost due to his reckless behaviour. I love how the reconciliation of this loss was prevalent throughout the story as it overshadows Rael’s actions and makes him view certain situations through rose-coloured glasses. I find Rael a fairly interesting character, as he doesn’t fit in the ideal version of a Jedi, and managed to stay true to the Light regardless of his ‘controversial’, un-Jedi like actions.

Master and Apprentice swings from past to present; it covered Qui-Gon’s time as Dooku’s apprentice, and how he gained interest in prophecies in the first place, seeing how they studied them together. Moreover, the relationship between Rael and Qui-Gon was explored during that time period. Normally, I’m not a fan of books that swing back and forth between past and present because it can feel a bit jarring, especially if the author slots in flashbacks in between crucial scenes as it happens in the present day. However, the transition in this case is seamless and doesn’t seem out of place which I think Claudia Gray does brilliantly.

The worldbuilding is fantastic; Claudia Gray gives us an overview of the Pijali monarchy system and how Czerka Corporation’s growing influence is causing a dispute between Pijali citizens and themselves. Czerka’s reputation on slavery is explored in detail through Rahara Wick; we received horrible insight into her experiences as a slave, which prompts Qui-Gon to attempt liberating slaves on Pijali’s moon and free her after her capture despite the Jedi Council’s disapproval because it strayed from their mission. I adore how there is a contradiction of what a Jedi’s role is within the Republic; seeing as the Pijali treaty signing with Czerka Corporation contradicts the Jedi’s ideals; are they serving the Republic’s interests, which opens a new hyperspace corridor but enabled slavery practices to continue on Pijal, or as guardians of peace and justice, which includes fighting injustice in the galaxy? 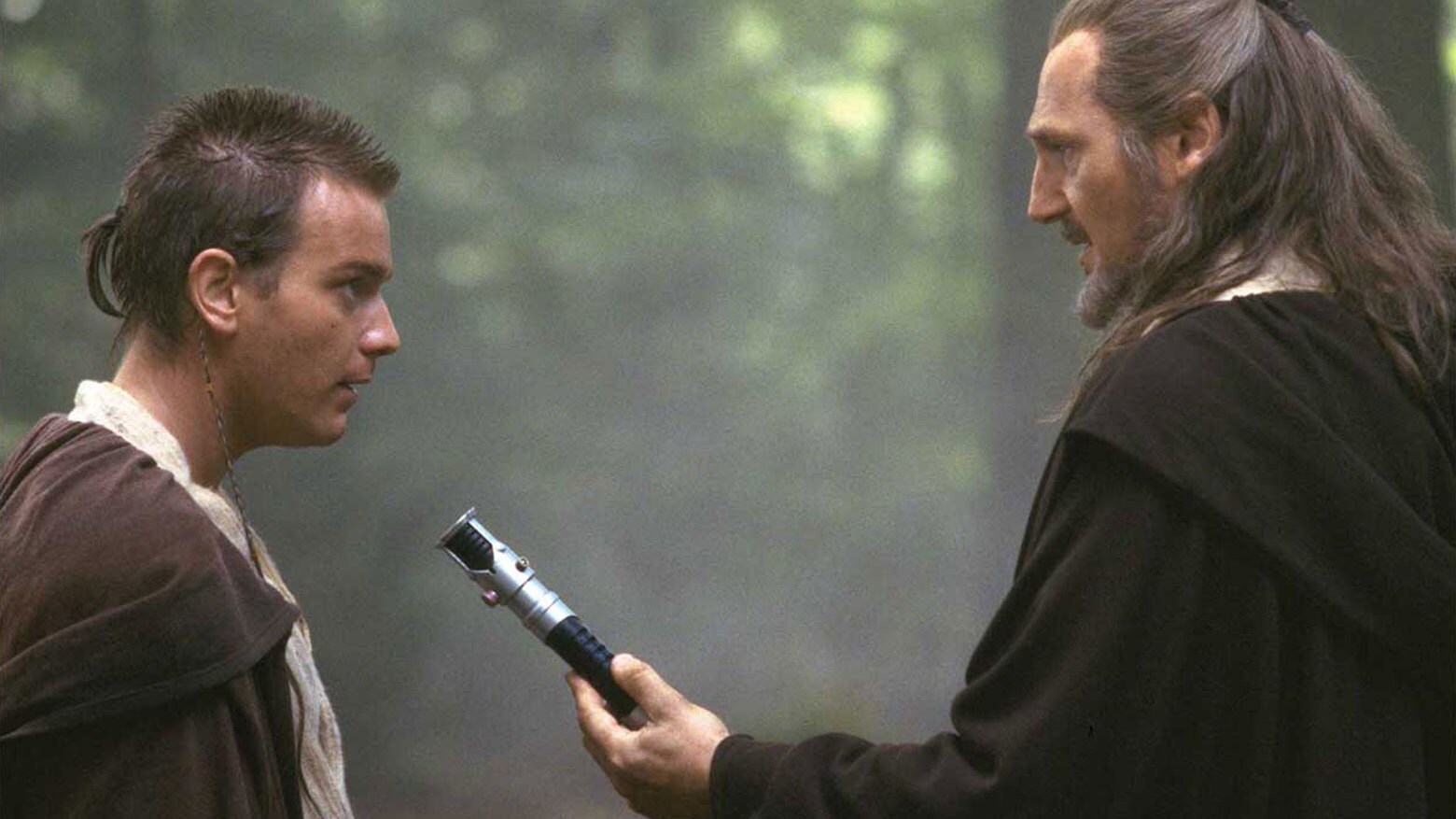 The relationship between master and apprentice is the beating heart of this story; how Qui-Gon and Obi-Wan navigate through conflicts with each other while dealing with their duties as Jedi, and Qui-Gon and Dooku who’s teachings lead to the discovery of the Chosen One prophecy and other interesting ones. At the moment, I can’t figure out what it means, perhaps it alludes to events in the sequel trilogy; which can give rise in Episode IX: The Rise of Skywalker? I don’t know but it was intriguing nevertheless. All in all, the characters are fleshed out brilliantly alongside satisfactory worldbuilding, which in my opinion are what Claudia Gray does best; seeing how this book explores the period before The Phantom Menace perfectly while maintaining the ‘feel’ of Star Wars.

Master and Apprentice easily became one of my top 5 Star Wars canon books; I enjoyed the exploration of dynamics and different ideals between Qui-Gon and Obi-Wan, the introduction of fascinating new characters, and most importantly, the prophecies which raised questions for me.

View all posts by Aqilah Othman